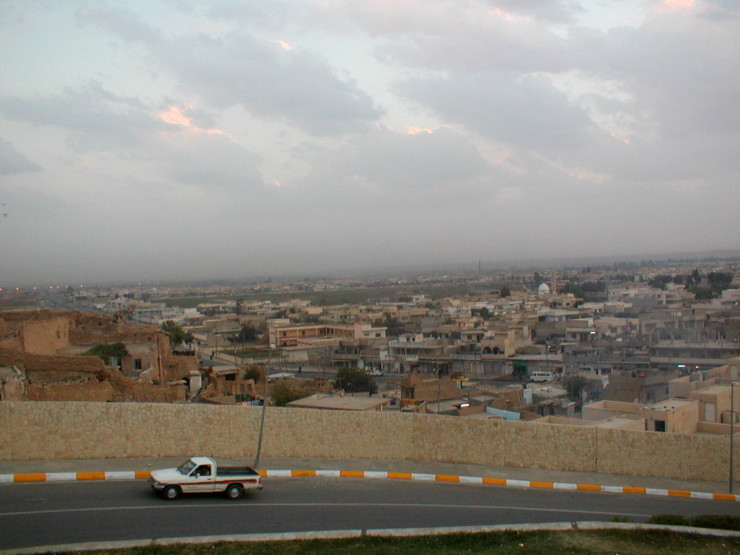 We find widespread agreement that the methods chosen by ISIS and other groups espousing indiscriminate acts of terror are abhorrent. The recommended responses that I have heard suggested cross a political spectrum and are summarized as follows:

Rarely is “them” described other with the names of suspected organizers of specific acts of terror.

None of these responses appears to hold any promise for undoing the threat. In times of threat, we typically find a demonization of an evil enemy that must be checked at all costs before its influence grows to destroy us. That condition is shared with most previous heightened conflicts. But there is an additional factor now. The most militant factions of the dissident extremists are not governed by a state – or even by a clearly identified revolutionary identity. They are organized and dangerous, but they are not ISIS.

The major strength of the militants, however, lies in the widespread appeal of their anti-colonial message. The militants employ soldiers and weapons strewn over the Middle East over the course of decades, largely by US interventions. Trafficking in weapons is now well established. Their horrendous acts of terror are most frequently the work of men and women ready to engage in suicidal missions. Acts of retribution and the suppression of humanitarian aid serve to advance the recruitment of increasing numbers of such people.

One cannot fully understand this recruitment without recognizing the widespread sympathy with some of their core beliefs. They believe that Western colonial powers, particularly the US, have through modern history:

None of this justifies indiscriminate acts of terror, but the beliefs have a sufficient validity to be reflected among larger numbers of the Middle-Eastern population and diaspora, some small percentage of whom will be recruited to engage in acts of terror. This process completes the cycle of escalating military violence on all sides and apparently without end. All of the options described initially contribute to the recruitment of extremists ready to engage in suicidal acts.

In order to break the cycle of endless war against never-ending terrorist attacks, we may have to take more seriously what is often acknowledged: There is no military solution.

Political leaders and the media vie for who will mount the strongest denunciation and call for military responses that will send more weapons into an unstable area and sacrifice lives of both civilians and soldiers on all sides. These military threats and actions are presented as courageous. But I contend that sending other people’s children to fight in an unwinnable war would be among the core cowardly responses. The courageous step needed to engage ISIS and other organized groups planning acts of terror is to talk to them.

Always in times of escalating rhetoric of war, reasonable discourse is not considered. The enemy is considered vicious, culpable of violent and criminal activity, and not to be trusted. The idea of talking with ISIS sounds preposterous. What would we say? With whom would we meet? What security assurances would be needed? What ground rules would have to be set?

As one of the founders of the first teach-in on the Vietnam war and planners of both a national teach-in in Washington and a cross-national teach-in in Toronto, I have sad memories of our efforts. In Washington, invited guests from the State Department and White House advisors did not show up for a dialogue with highly qualified opponents to the war. In Toronto, we tried to get lower level officials of the South Vietnamese puppet government to meet with Viet Cong officials. We were not successful in initiating talks.

It was far easier for government officials to generate demonizing accusations, to plan strategies for winning, to bomb military targets and rice fields, to send soldiers into the black hole of war. Fifty-eight thousand did not return from their battles that killed two million Vietnamese and led to the Cambodian genocide. The returned soldiers, beset with trauma, still account for disproportionate numbers of suicides, homeless, jobless, and mentally ill people. Surely dialogue could have addressed false charges of a single US ship being attacked and the reality of Vietnamese nationalism rather than mythical fears of dominos falling into a Communist orbit.

We speak of preserving the value of the dignity of all lives. When the International Atomic Energy Agency was engaged in dialogue with Iraqi officials to gain sufficient access to determine whether Iraq had bomb-producing facilities, and when the largest anti-war demonstrations around the world asked for this time, US and British authorities instead initiated a war with Iraq, the consequences of which include the emergence of armed, angry people whose influence continues to grow. Talks with Saddam Hussein would surely have been preferable. Talks have occurred between nuclear powers with expressed concerns that they would be annihilated but for the threat of massive retaliation. It is time now to talk directly with ISIS.

With whom would we speak?

The US already retains an extensive list of suspects, many already on watch lists with data on their interactions with colleagues. Many already are targeted for assassination. They can just as easily be targeted with invitations to talk. When targeted assassinations, guided by insufficient signal intelligence, are not precise, the consequences are horrific. The costs of inaccuracy in targeting influentials in ISIS with offers to talk and much smaller, and such talks can be effective in weakening the demonization of the West. Citizen diplomacy could use personal contacts to initiate interest. Surely elaborate security guarantees would need to be arranged. Perhaps a unanimous Security Council resolution might help with such guarantees. Many overtures will need to be secret, some by organizations wise in conflict resolution. But knowledge that such efforts are occurring can introduce the idea, on all sides, that something other than blind force is possible.

What would we say?

“You are angry with those who have mistreated your lands and your culture. You have made your point in how strongly you wish to strike back. We may disagree on many things but do agree that outright destruction of all groups espousing terror or military violence is neither a possible nor a desirable outcome, nor would it be in keeping with any spiritual faith. We are prepared to listen to your message and try to better understand it. We ask only that you do the same. We start with a belief that colonial powers hold a share of the blame for unrest and owe a debt for past and continuing exploitation. The path to a more just world may be difficult but the attack and counter attack in place now is too disrespectful of human dignity and devoid of hope to continue. Let us begin with small, safe talks to try to find something better.”

Years back, at the height of the Cold War, psychologist Charles Osgood proposed a strategy of GRIT – graduated reduction in tension-reduction – in which small conciliatory unilateral initiatives would be announced and followed through upon, regardless of the adversary’s response. Successive efforts would summon both curiosity and small reciprocal efforts. Evidence from both lab studies and analyses of gestures in the Kennedy-Khrushchev era are promising.

It is difficult to engage in direct violence against those whom you have met face-to-face, even if they have been identified as enemies. Sprinkling doubt among present ISIS followers and potential recruits may reduce killing while promoting hope. Given the alternative, this is a time to test our beliefs in the power of creative non-violence.