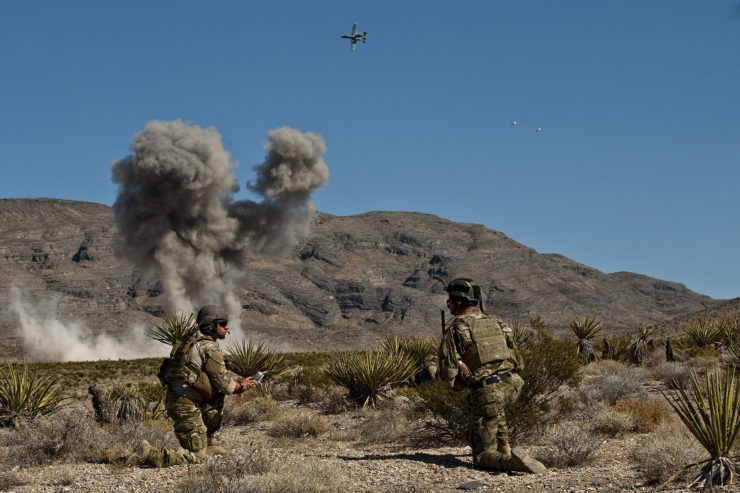 It seems that some who have the ears of U.S. elite decision-makers are at least shifting away from wishing to provoke wars with Russia and China.

In recent articles, Zbigniew Brzezinski and Thomas Graham, two architects of the U.S. cold war with Russia, have acknowledged that the era of uncontested U.S. global imperialism is coming to an end.  Both analysts urge more cooperation with Russia and China to achieve traditional, still imperial, U.S. aims. Mr. Graham recommends a shifting mix of competition and cooperation, aiming toward a “confident management of ambiguity.”  Mr. Brzezinski calls for deputizing other countries, such as Israel, Saudi Arabia, Turkey and Iran to carry out the combined aims of the U.S., Russia and China so that this triumvirate could control other people’s land and resources.

It’s surely worthwhile to wonder what effect opinions such as Brzezinski’s and Graham’s might have upon how U.S. resources are allotted, whether to meet human needs or to further enlarge the U.S. Department of Defense (DOD) and further enrich the corporations that profit from U.S. investments in weapons technology.

If the U.S. might diminish offensive war preparations against Russia, when would DOD budget proposals begin to reflect this? As of April 15, 2016, the U.S. DOD was proposing that the U.S. Fiscal Year 2017 budget significantly increase funding for the “European Reassurance Initiative” (ERI) from $789.3 million the previous year to $3.4 billion. The document reads: “the expanded focus is a reflection of the United States’ strong and balanced approach to Russia in the wake of its aggression in Eastern Europe.” The requested funds will enable the U.S. “defense” establishment to expand purchases of ammunition, fuel, equipment, and combat vehicles. It will also enable the DOD to allocate money to airfields, training centers, and ranges, as well as finance at least “28 joint and multi-national exercises which annually train more than 18,000 U.S. personnel alongside 45,000 NATO Allies.”  This is good news for major “defense” contractors.

In the past year, the National Guard of my home state of Illinois has participated in the DOD reserve component.  22 U.S. states matched up with 21 European countries to practice maneuvers designed to build up the ERI.  The IL National Guard and the Polish Air Force have acquired “Joint Terminal Attack Controller” systems that enable them to practice coordinating airstrikes with Poland in support of ground forces combatting enemies in the region.  Members of the IL National Guard were part of NATO’s July 2016 “Anakonda” exercises on the Russian border. As the state of Illinois spent an entire year without a budget for social services or higher education, millions of dollars were directed toward joint military maneuvers with Poland that ratcheted up tensions between the U.S. and Russia.

Many families in Illinois can relate to the impact of rising food prices in Russia while family income stays the same or decreases. People in both the U.S. and Russia would benefit from diversion of funds away from billion dollar weapons systems toward the creation of jobs and infrastructure that improve the lives of ordinary people.

But people are bombarded with war propaganda. Consider a recent piece of propaganda-lite, just under 5 minutes, which aired on ABC news, showing Martha Raddatz in the back seat of an F-15 U.S. fighter jet, flying over Estonia. “That was awesome,” Raddatz coos, as she witnesses war-games from the F-15’s open cockpit.  She calls the American show of force a critical deterrent to Russian forces. The piece neglects to mention ordinary Russians on whose borders, in June 2016, 10 days of U.S. / NATO military exercises involving 31,000 troops took place.

In the high plateaus of Afghanistan, peasant women provide a striking example of risk-taking in order to literally plant new seeds.  The New York Times recently reported on women in Afghanistan’s Bamiyan province who have formed unions, risking ridicule and possible physical abuse to form cooperative groups. These women help one another acquire seeds for vegetables other than potatoes and also for new varieties of potatoes. They manage to feed their families and to pool resources so that they can spend less on delivering their crops to the market.

These women are acting with clarity and bravery, creating a new world within the shell of the old.  We should be guided by such clarity as we insist that lasting peace can’t be founded on military power.

The end of U.S. empire would be a welcome end. I hope that policy makers will let themselves be guided by sanity and the courage to clarify the U.S.’ vast potential to make a positive difference in our world by asking themselves a simple, indispensable question:  how can we learn to live together without killing one another? An indispensable follow-up is: When do we start?

One thought on “A Good Beginning”