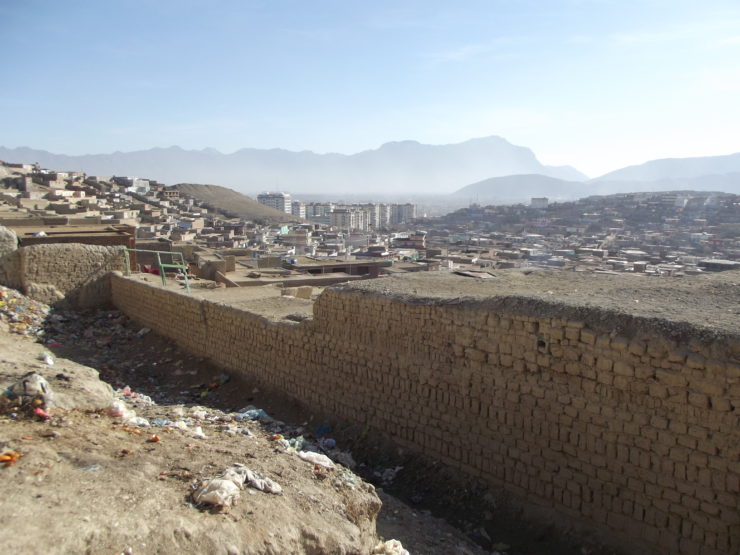 Highlights from this trip include sharing a room with Zarghuna’s mother Farzana, which allowed me to hear a Bamiyan woman’s life story.  She talked about spending 6 months in Kabul when she was around 12 and the Russians occupied with an iron fist. She recalls that women wore short skirts and no scarves. She also remembers a time when she sought shelter in Bamiyan caves to escape fighting in her village. At age 13, she married a “kind and handsome” man. They created a family through the time of the Mujahidin, and then finally fled from their village when the Taliban came. During that flight, the Taliban killed her husband. She told me that as a young woman her only awareness of other countries like America was when she heard about the weapons they were providing to various fighting groups.

It was quite surreal writing up her story while she and Zarghuna watched a documentary about Michael Jackson’s early life. I had to give a brief background history on Michael Jackson and explain he was from the same area of America as Kathy! I cannot imagine what was going through Farzana’s mind as the documentary covered a similar period to her life in the
Bamiyan caves.

Tomorrow Zarghuna will graduate from University and it looks like I’ll be able to attend the ceremony – another Afghan treat! Her graduation robes are proudly hanging in our room. She’s the first person in her family and her village to graduate. With Barath Khan, she is the first of the APV to graduate. I can tell Farzana is brimming with pride for her daughter. I learnt that Farzana was only able to attend school for a month before the Russians invaded and they fled to the caves.

Yesterday we visited Abdul Ghafoor who supports Afghans deported back to Kabul. As you can imagine he’s currently super busy with interviews and greeting deportees. His office is on the 6th floor of a dilapidated building with a spectacular view of snowy mountains and the sprawling metropolis of Kabul; from such a high vantage point the city looks exciting and relatively attractive. The UNAMA report which came out a few days ago highlighted the annual increase of casualties as the war drags on, with 3,498 civilians killed and 7,920 wounded in 2016. Ghafoor explained how Afghanistan has become even more dangerous since the rise of ISIS and the increase of Taliban control in Afghanistan. I looked out his window and imagined Kabul, a city originally inhabited by 1.5 million in 2001 but now accommodating 5 million, becoming an independent state within Afghanistan. In many ways, it’s already become that, though, with daily attacks in the city, it’s far from being a safe oasis. Only yesterday there was an attack on the Kabul Supreme Court where 21 were killed and 41 injured. There are still many who find it impossible to scratch a living in the highly competitive city and they instead return to their incredibly unsafe villages in the provinces. Afghans continue to find themselves between a rock and a hard place.