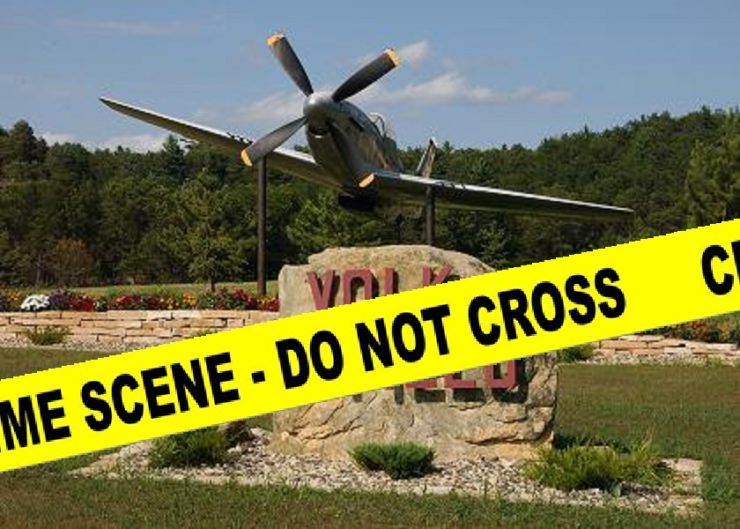 Wisconsin Coalition to Ground the Drones and End the Wars has held monthly vigils against drones at the gates of Volk Field for over five years.  This Wisconsin Air National Guard Base is a critical component of the whole drone warfare program being conducted by the US government in a number of countries in the Middle East and Africa.   At Volk Field personnel are trained to operate the RQ-7 Shadow Drone, which has been used for reconnaissance, surveillance, and target acquisition.  However, now there is the likelihood that the RQ-7 is also weaponized.  See

There is a savagery in drone warfare as whole communities in Afghanistan, Pakistan, Iran, Iraq, Yemen, Somalia, and other places in the Middle East and Africa suffer from PTSD from drones constantly flying overhead, as wedding parties and funerals are hit, as rescuers are hit by a second attack, as grandmothers working in the field are killed, as children sleeping in their beds are murdered.  A number of credible sources tell us that only 1 out of 10 people killed by drones are the intended target.

Wisconsin activists join others at military bases across the country, including California, Nevada, Missouri, Iowa, New York, and Virginia, who are standing up and speaking out against the horrors of drone warfare.

Members of the Wisconsin Coalition have sent numerous letters to the base commander asking to talk to him about their concerns, but the letters go unanswered.  Several times we have attempted to walk onto the base to share the letters in person and have been arrested.

So, on June 27 we again planned to go onto the base to put up crime scene tape and to deliver an indictment for war crimes.

As we met at a park near the base for a planning meeting, two cars from the Juneau County Sheriff’s department drove up, one of the cars being with the canine unit.  They arrested Brian Terrell of the Chicago based Voices for Creative Nonviolence.  We were surprised that they came and arrested Brian before the action, but it was not totally unexpected as there was a warrant pending for Brian’s arrest.  Brian was arrested at the base in February 2016, and after being found guilty of trespass, he refused to pay the fine.

After Brian’s arrest, we continued to discuss our plan and then processed to the gates of Volk Field.  The Sheriff obviously knew we were going to be risking arrest and we expected the gates to be closed, but were surprised to see they were open with about ten deputies waiting for us.  Father Jim Murphy and I walked to the gate with the crime scene tape and it was snatched from our hands.  The captain said that the base commander didn’t want any tape on “his” fence.  I started reading the indictment while standing two steps onto the base and was immediately arrested.  Jim walked onto the base and was arrested, and then Phil Runkel walked onto the base and was arrested.

The three of us were cuffed in front and taken to the Juneau County jail where we were charged with trespassing and disorderly conduct and then released.  We have an initial hearing on August 9.  Brian will be held at the jail until Friday or Saturday and then released.

While in office Obama used drones to murder thousands of innocent people, including children.  Drone strikes are increasing even more under Trump, with even more innocent people suffering and dying.  Our government tries to keep us in the dark about what is going on, and so we must go to other credible sources of information to be informed.

It is up to us, the people, to do everything we can to bring an end to drone warfare.  Please join us at the gates of Volk Field on the 4thTuesday of the month.  For more information, contact joyfirst5@gmail.com

Arrests at the gate