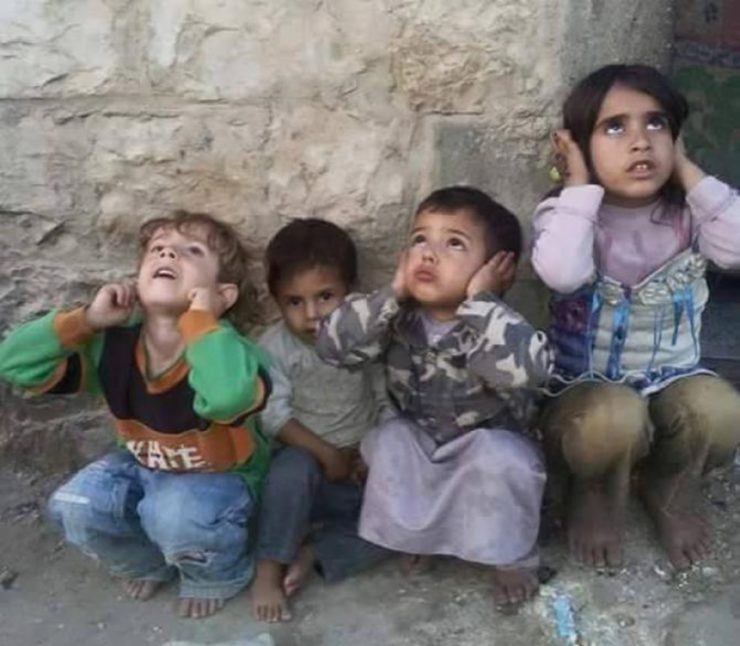 At 9:30 in the morning of March 26, the entrance to a rural hospital in northwest Yemen, supported by Save the Children, was teeming as patients waited to be seen and employees arrived at work. Suddenly, missiles from an airstrike hit the hospital, killing seven people, four of them children.

Jason Lee of Save the Children, told The New York Times that the Saudi-led coalition, now in its fifth year of waging war in Yemen, knew the coordinates of the hospital and should have been able to avoid the strike. He called what happened “a gross violation of humanitarian law.”

The day before, Save the Children reported that air raids carried out by the Saudi-led coalition have killed at least 226 Yemeni children and injured 217 more in just the last twelve months. “Of these children,” the report noted, “210 were inside or close to a house when their lives were torn apart by bombs that had been sold to the coalition by foreign governments.”

Last year, an analysis issued by Save the Children estimated that 85,000 children under age five have likely died from starvation or disease since the Saudi-led coalition’s 2015 escalation of the war in Yemen.

“Children who die in this way suffer immensely as their vital organ functions slow down and eventually stop,” said Tamer Kirolos, Save the Children’s Country Director in Yemen. “Their immune systems are so weak they are more prone to infections with some too frail to even cry. Parents are having to witness their children wasting away, unable to do anything about it.” Kirolos and others who have continuously reported on the war in Yemen believe these deaths are entirely preventable. They are demanding an immediate suspension of arms sales to all warring parties, an end to blockades preventing distribution of food, fuel and humanitarian aid and the application of full diplomatic pressure to end the war.

The United States, a major supporter of the Saudi-led coalition, has itself been guilty of killing innocent patients and hospital workers by bombing a hospital. On October 3, 2015, U.S. airstrikes destroyed a Médecins Sans Frontières (Doctors Without Borders) hospital in Kunduz, Afghanistan, killing forty-two people. “Patients burned in their beds,” MSF reported, “medical staff were decapitated and lost limbs, and others were shot from the air while they fled the burning building.”

More recently, on March 23, 2019, eight children were among fourteen Afghan civilians killed by a U.S. airstrike also near Kunduz.

Atrocities of war accumulate, horrifically. We in the United States have yet to realize both the futility and immense consequences of war. We continue to develop, store, sell, and use hideous weapons. We rob ourselves and others of resources needed to meet human needs, including grappling with the terrifying realities of climate change.

We should heed the words and actions of Eglantyne Jebb, who founded Save the Children a century ago. Responding to the British post-war blockade of Germany and Eastern Europe, Jebb participated in a group attempting to deliver food and medical supplies to children who were starving.

In London’s Trafalgar Square, she distributed a leaflet showing the emaciated children and declaring: “Our blockade has caused this, – millions of children are starving to death.” She was arrested, tried, convicted, and fined. But the judge in the case was moved by her commitment to children and paid her fine. His generosity was Save the Children’s first donation.

“Every war,” said Jebb, “is a war against children.”

This article first appeared on the website of The Progressive Magazine.

Photo: Yemeni children huddle in April 2015 during bombing of a residential neighborhood.