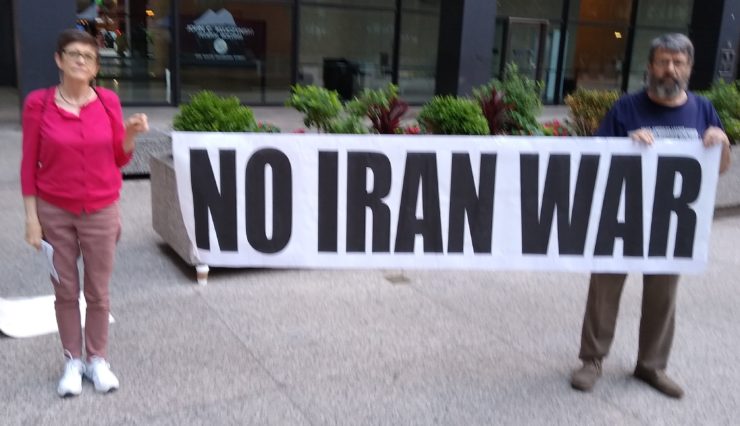 Every Tuesday (planned) from 7am-9am, please consider dropping by Voices’ Federal Plaza early bird vigil against the war – we’ll be near the large Calder sculpture at 230 S. Dearborn, call 773-865-6042 to get on our vigil list or confirm day-of.

On the day of/after a U.S. attack, please gather at 5:30pm at Trump Tower – the day of the tragic attack, if an attack occurs before 3pm.

Voices for Creative Nonviolence firmly opposes White House efforts to increase tensions in the Persian Gulf and create the conditions for a devastating U.S.-Iran war.

The U.S. should never have reneged on the Iran Nuclear Deal, imposed such brutal sanctions, or fabricated pretexts to fool its public into one more senseless war.  The U.S. must: