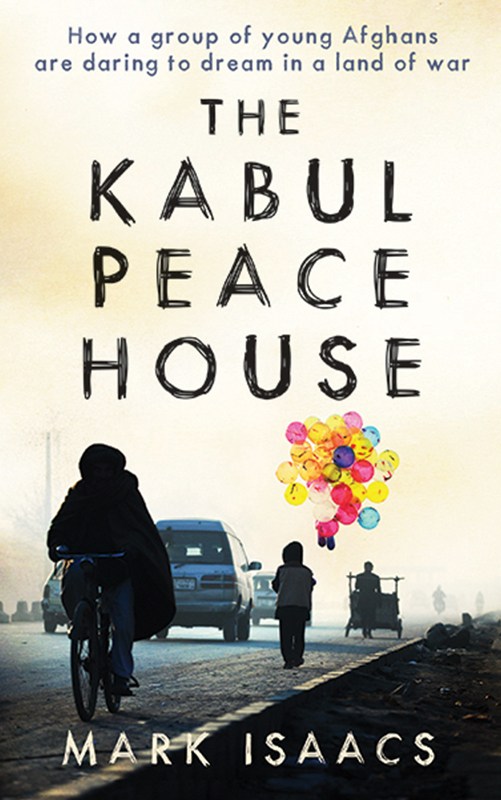 There were whispers in the village, high up in the mountains of Afghanistan. There was a Stranger here. He had made a friend and been invited to live in a home despite not being family, despite probably not even being of the ethnicity or religion of every person who could be trusted.

The Stranger had obtained for a family a small interest-free loan and helped them create a store. He’d hired kids off the street. Now the kids were inviting other kids to come and talk with the Stranger about working for peace. And they were coming out of friendship, despite not knowing what “working for peace” meant.

Soon they would have some idea. Some of them, who had perhaps not even spoken with someone of a different ethnicity before, formed a live-in multi-ethnic community. They began projects such as a walk for peace with international observers, and the creation of a peace park.

The community would end up moving to the capital city of Kabul. There they would create a community center, provide food, create jobs manufacturing and giving away duvets, help kids obtain an education, help women obtain a little independence. They would demonstrate the viability of a multi-ethnic community. They would persuade the government to allow the creation of a peace park. They would create and send gifts from young people of one ethnic group to distant members of a feared and hated group in another part of Afghanistan, with dramatic results for all involved.

This group of young people would study peace and nonviolence. They would communicate with authors and academics, peace activists and students all over the world, often via video conference calls, also by inviting visitors to their country. They would become part of a global peace movement. They would work in many ways to move Afghan society away from war, violence, environmental destruction, and exploitation.

This is a true story recounted in Mark Isaac’s new book, The Kabul Peace House.

When U.S. President Barack Obama escalated the war on Afghanistan and was immediately awarded the Nobel Peace Prize, young peace activists in Kabul were confused and upset. They announced and began a sit-in outdoors with tents, to last until Obama answered a message from them asking for an explanation. As a result, the U.S. ambassador to Afghanistan came and met with them and lied that he would deliver their message to Obama. That outcome is a million miles from a complete success, yet — let’s face it — more than most U.S. peace groups usually get out of the U.S. government.

That a group of young people in Afghanistan, traumatized by war, in the face of death threats, arson, and poverty, can create a model of non-violent community-building and peace-education, can begin creating acceptance of nonviolent activism, can aid the poor, forgive the rich, and play a role in building a global culture of human unity and peace, ought to challenge the rest of us to do more.

In recent years we have begun to see big marches in Afghanistan against war. But we’ve stopped seeing them in the United States. What we need is, of course, to see them in both places, simultaneously, in solidarity, and at a greater scale than people are used to.

The peace activists in Afghanistan need that from us. They do not need our money. In fact, all the names, even of the group involved are pseudonyms in The Kabul Peace House. There are concerns for the safety of those who have allowed their personal stories to appear in print. But I can assure you from my own direct knowledge of some of them that these stories are true.

We have seen books of fraudulent tales from Afghanistan, such as Three Cups of Tea. The U.S. corporate media loved those stories, for their loyalty to the U.S. military and the claims of Western heroism. But what if the reading public were to be told about far better stories that involve young Afghans themselves demonstrating, in deeply flawed and imperfect ways, incredible drive and potential as peacemakers?

That’s what they need from us. They need us to share books like The Kabul Peace House. They need respectful solidarity.

Afghanistan needs aid, not in the form of weapons, but actual aid that actually aids people. The people of Afghanistan need the U.S. military and NATO to depart, to apologize, and to submit written confessions to the International Criminal Court. They need reparations. They need democracy in all of its aspects shared by actual example back in the lands from which their occupiers come, not launched at them from drones, not deposited in the form of corrupt NGOs.

They need the rest of us to be open to learning from their example, an openness that would work wonders toward ending U.S. cruelty toward Afghanistan.
—
David Swanson is an author, activist, journalist, and radio host. He is executive director of WorldBeyondWar.org and campaign coordinator for RootsAction.org. Swanson’s books include War Is A Lie. He blogs at DavidSwanson.org and WarIsACrime.org. He hosts Talk Nation Radio.He is a 2015, 2016, 2017, 2018, 2019 Nobel Peace Prize Nominee. Swanson was awarded the 2018 Peace Prize by the U.S. Peace Memorial Foundation. Longer bio and photos and videos here. Follow him on Twitter: @davidcnswanson and FaceBook, and sign up for: