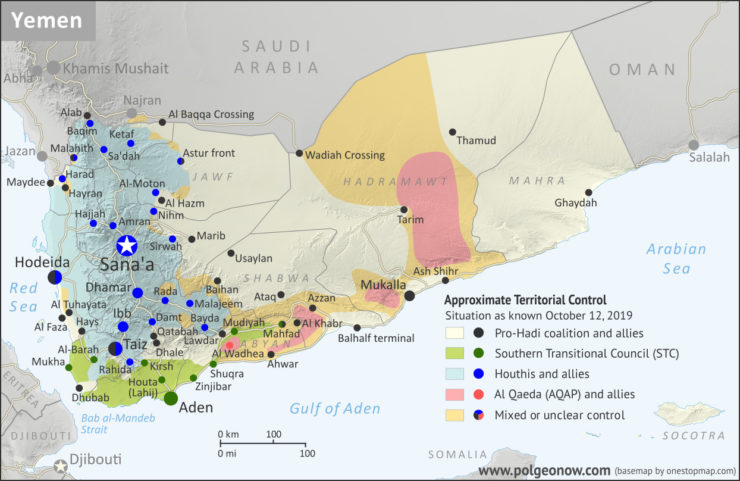 Please pre-register here to participate in Thursday’s educational webinar on the war and accompanying famine in Yemen with Destroying Yemen author Dr. Isa Blumi. It will take place from 2pm-3pm Eastern Time (Dr. Blumi is participating from Sweden).

Who are the Houthis? Putting Yemen’s War in a Global Context:
AnsarAllah’s Resistance to the Business of Empire
A cross-Atlantic webinar with Dr. Isa Blumi
August 20 @ 2-3pm EDT

“Who are AnsarAllah (the “Houthis”)? Why are they fighting so hard against the Saudi regime’s military onslaught – and why should Americans care deeply about it?  Dr. Blumi’s talk will unveil the transnational origins of the war, placing it in the context of Yemen’s relationship with major powers since the Cold War. He will tell an even larger story of Yemen’s place in today’s political economy of global capitalism, development, and the war on terror as disparate actors intersect in Arabia.”

Isa Blumi is an Associate Professor in the Department of Asian, Middle Eastern, and Turkish Studies at Stockholm University. Author of seven books and dozens of articles, his work spans the larger Islamic world with special interest in comparing transformations in the Balkans and Arabia from the 19th century to the present day. He has written two books dedicated to explaining the violence in contemporary Yemen, the first being Chaos in Yemen (2010) and more recently, Destroying Yemen (University of California Press, 2018), which puts Yemen’s devastation since an invasion of the country by a coalition in 2015 in a global, historical perspective.