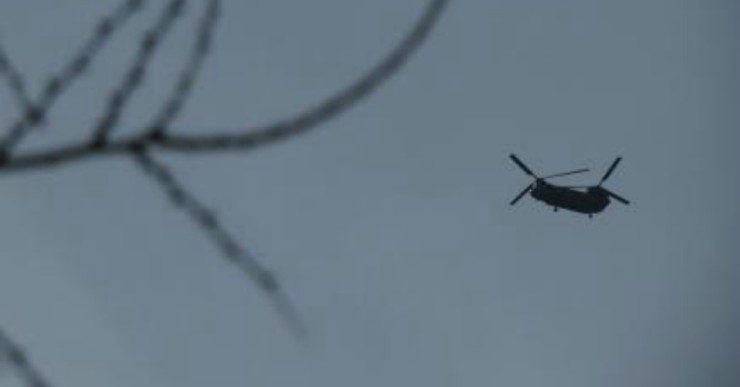 When I arrived at the Kabul International Airport on November 4, I was unaware that the same day the New York Times published an article, “Life Pulls Back in Afghan Capital, as Danger Rises and Troops Recede.” My friends Abdulhai and Ali, 17 years old, young men I have known since my first visit five years ago, greeted me with smiles and hugs and took my bags. Disregarded by soldiers and police armed with automatic weapons, we caught up on old times as we walked past concrete blast walls, sand bag fortifications, check points and razor wire to the public road and hailed a cab.

The sun was just burning through the clouds after an early morning rain and I had never seen Kabul look so bright and clean. Once past the airport, the high way into the city was bustling with rush hour traffic and commerce. I was unaware until I read the New York Times on line a few days later, that this time I was one of only a few US citizens likely to be on that road. “The American Embassy’s not allowed to move by road anymore,” a senior Western official told the Times, which reported further that “after 14 years of war, of training the Afghan Army and the police, it has become too dangerous to drive the mile and a half from the airport to the embassy.” 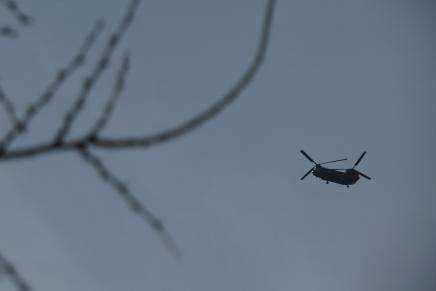 Helicopters now ferry employees working with the United States and the international military coalition to and from offices in Kabul we are told. The United States Embassy in Kabul is one of the largest in the world and already a largely self-contained community, its personnel are now even more isolated from Afghan people and institutions than before. “No one else,” other than US and coalition facilities, the Times reports, “has a compound with a landing pad.” While proclaiming its mission there “Operation Resolute Support” for Afghanistan, US officials no longer travel on Afghan streets.

We have no helicopters or landing pads, but the security situation in Kabul is also a concern for Voices for Creative Nonviolence, a grass roots peace and human rights organization that I work with and for our friends in the Kabul-based Afghan Peace Volunteers that I came to visit. I am fortunate with my grey beard and darker complexion to more easily pass for a local and so I can move about a bit more freely on the streets than some other internationals who visit here. Even then, my young friends have me wear a turban when we leave the house.

The security in Kabul does not look so grim to everyone, though. According to an October 29 Newsweek report, the German government will soon deport most of the Afghan asylum seekers who have entered that country. German interior minister Thomas de Maiziere insists that Afghans should “stay in their country” and that those refugees coming from Kabul especially have no claim for asylum, because Kabul is “considered to be a safe area.” The streets of Kabul that are too dangerous for US Embassy workers to travel in their convoys of Humvees and armored cars escorted by heavily armed private contractors are safe for Afghans to live, work and raise their families, in Herr de Maiziere’s estimation. “Afghans made up more than 20 percent of the 560,000-plus people who have arrived in Europe by sea in 2015, according to the UN Refugee Agency, something de Maziere described as ‘unacceptable.’”

Afghans, especially of the educated middle class, de Maiziere says, “should remain and help build the country up.” Quoted in the New York Times, Hasina Safi, the executive director of the Afghan Women’s Network, a group that works on human rights and gender issues, seems to agree: “It will be very difficult if all the educated people leave,” she said. “These are the people we need in this country; otherwise, who will help the ordinary people?” The same sentiment spoken with stunning courage and moral credibility by a human rights worker in Afghanistan, comes off as a disgraceful and craven obfuscation of responsibility when expressed from a government ministry in Berlin, especially when that government has for 14 years participated in the coalition responsible for much of Afghanistan’s plight.

On the day after my arrival I was privileged to sit in at a meeting of teachers in the Afghan Peace Volunteers’ Street Kids’ School when this subject was discussed. These young women and men, high school and university students themselves, teach the basics of a primary education to children who must work in the streets of Kabul to help support their families. The parents do not pay tuition, but with the support of Voices, are instead allotted a sack of rice and jug of cooking oil each month to compensate for the hours their children are studying. 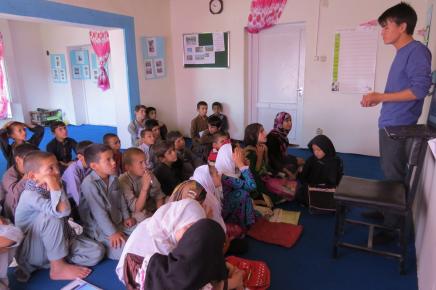 While the New York Times proclaims that “Life Pulls Back in Afghan Capital,” these volunteer teachers are a sign that life goes on, sometimes with startling joy and abundance as I have experienced in recent days, even in this place ravaged by war and want. It was heart breaking, then, to hear these brilliant, resourceful and creative young people who clearly represent Afghanistan’s best hope for the future, discuss frankly whether they have a future there at all and whether they should join so many other Afghans seeking sanctuary elsewhere.

The reasons that any of these young people might leave are many and impelling. There is great fear of suicide bombings in Kabul, air raids in the provinces where anyone might be targeted as a combatant by a US drone, fear of getting caught between various combatant forces fighting battles that are not theirs. All have suffered greatly in the wars that began here before they were born. The institutions charged with the reconstruction of their country are riddled with corruption, from Washington, DC, to Afghan government ministries and NGOs, billions of dollars gone to graft with little to show on the ground. The prospects even for the brightest and most resourceful to pursue an education and then be able to find work in their chosen professions in Afghanistan are not good.

Most of the volunteers admitted that they had given thought to leaving, but even so they expressed a strong sense of responsibility to stay in their county. Some had come to a firm resolution not to leave, others seemed unsure if future developments would allow them to stay. Like young people everywhere, they would love to travel and see the world but in the end their deepest wish is to “remain and help build the country up” if only they are able.

The vast majority of Afghans, Iraqis, Syrians, Libyans and others risking their lives to cross the Mediterranean Sea in flimsy crafts or by land through hostile territory in hopes to find asylum in Europe would stay home if they could. While these asylum seekers should be given the hospitality and shelter that they have a right to, clearly the answer is not the absorption of millions of refugees into Europe and North America. In the longer term, there is no solution except a restructuring of the global political and economic order to allow all people to live and flourish at home or to freely move if that is their choice. In the shorter term, nothing will stem the massive tide of immigrants short of stopping all military intervention in these countries by the United States and its allies and by Russia.

The November 4 New York Times story ends with a cautionary tale, a warning that “even efforts to avoid the dangers in Kabul come at a terrible cost.” Three weeks before, one of the many helicopters that now fill the skies moving embassy personnel around had a tragic accident. “Trying to land, the pilot clipped the tether anchoring the surveillance blimp that scans for infiltrators in central Kabul as it hovers over the Resolute Support base.” Five coalition members died in the crash, including two Americans. The blimp drifted off with more than a million dollars’ worth of surveillance equipment, ultimately crashing into, and presumably destroying, an Afghan house.

The efforts of the US, UK and Germany “to avoid the dangers in Kabul” and other places we have destroyed will inevitably “come at a terrible cost.” It cannot be otherwise. We cannot forever keep ourselves safe from the bloody mess we have made of the world by hopping over it from fortified helipad to fortified helipad in helicopter gunships. Millions of refugees flooding our borders might be the smallest price we will have to pay if we continue to try.