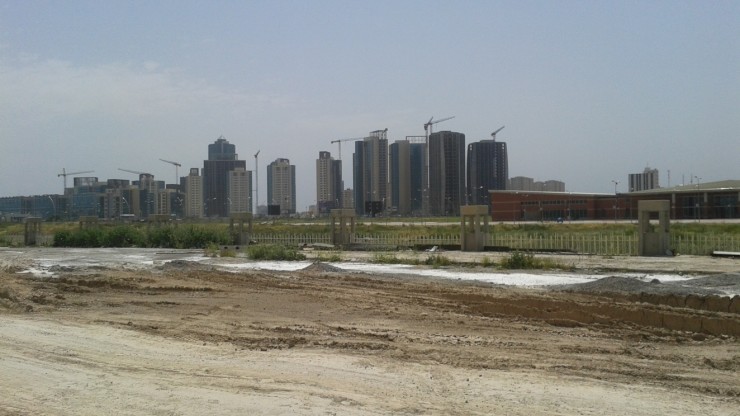 Erbil, Kurdistan–Wherever I look, tall, unfinished concrete buildings, accompanied by construction cranes, loom over the city. It is somewhat eerie because I see no movement inside or around any of the buildings, none whatsoever.

I arrived in Erbil five days ago. Since then, meetings, family visits, efforts to relearn the exchange rate and opportunities to become familiar with new surroundings have peaceably filled my time. I’m also beginning to understand the current reality faced by millions of new arrivals to Erbil who fled their homes, seeking refuge.  The first time I stepped out of the apartment building where I am staying with an Iraqi friend, I was approached by children, women and youth begging for money.

Representatives from the UNHCR, (U.N. High Commission for Refugees), and IOM, (International Organization for Migration), gave me grim news when they met with me.

Kurdistan has a population of 4 ½ million. Every fourth person is either a refugee or internally displaced. That means the population has grown 25%. There are now 245,000 Syrians in Kurdistan, and more are arriving each day. Internally Displaced Persons (IDPs) number over 1 million. The IOM told me that just last week 4,000 families were displaced from Iraq’s Anbar region.

In Erbil, due to low oil prices and rampant corruption, teachers, as well as all government workers, are not receiving their salaries. Health care professionals report about insufficient medicines to cure sick people. For example, in Erbil, 1,200 cancer patients remain without treatment.

The UNHCR is in a contingency mode preparing for the worst if armed forces wage a big offensive against Mosel. Tens of thousands would be displaced. Where would they go? How would they be cared for?

Kathy Kelly and I spoke just before I traveled to Erbil.  A question she suggested has served me well in interviews: What do you think it is important for U.S. people to understand? I put this question to both the UNHCR and the IOM.

“Much attention is on Syria and the European refugee crisis. That there are 3.4 million IDPs (internally displaced) in Iraq is unknown. The Kurdish have been very generous, but now they are barely keeping their heads above water. The surge capacity has been reached. If another 100,000 come, it will be unthinkable. Kurdistan has taken more refugees than the E.U., and yet they have to get on their knees to beg for assistance.”

“There needs to be a stronger grass roots movement to counter the media. People can’t begin to imagine what refugees and IDPs are experiencing, living in tents, in abandoned buildings.  People only want security, to regain their dignity.  They are being put forth as coming to destroy, to blow up, to take.”

There are more than 40 camps in Kurdistan, but only a small percentage of the refugees, (39%), and IDPs, (20%), live in camps. The rest of the new arrivals live outside of the camps.

“We have to move away from the charity approach.  What they need most is cash.  Unconditional cash. Then they can pay rent, buy medicine, etc., and it would support the local economy. We need a more humanitarian approach.”

To help cover basic human needs, The U.N. has launched an appeal for more than $860 million dollars.

The compassion of both the UNHCR and IOM representatives was as palpable as their distress.  “The people’s resilience is unbelievable,” said a young woman from IOM. “ It has given me faith in the ability to bounce back, to appreciate life.”

When I met with a Dominican religious sister who herself is displaced from the town of Qaraqosh, she told me that they had just begun a school for children in the1st through 6th grade. The children belong to IDP families, as do all of the teachers. I asked her what she felt was important for us to know in the U.S. “People forget things that are not in the news,” she replied. Then she recalled someone having recently asked her why  she had not gone back to her hometown. “There is no hope of return,” she said. “No one can cross the river….People don’t see hope here. People still need help. We have come to recognize the only way to build community is through education, not only to the 6th grade, but through high school. We have decided to fight ISIS with education.”

Her challenge involves educating people in places as far away as the U.S., where relatively few people learn lessons about the overwhelming refugee crisis afflicting Erbil. 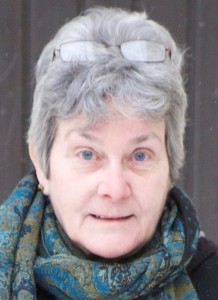 Cathy Breen is a member of the New York Catholic Worker community and a co-coordinator of Voices for Creative Nonviolence (www.vcnv.org). For more  information, contactinfo@vcnv.org.