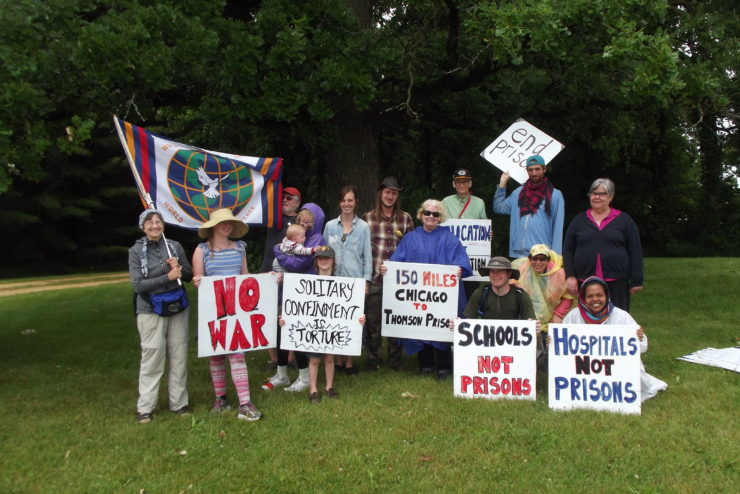 The federal government’s plan to add 1,900 new isolation cells at the Thomson Correctional Center is being opposed by some Illinois activists. (Federal Bureau of Prisons)

SPRINGFIELD, Ill. – A group of Illinois activists is taking a 150-mile walk to protest new solitary-confinement cells planned for one of the newest federal prisons in the state.

The Federal Bureau of Prisons plans to add 1,900 isolation cells to the Thomson Correctional Center. About a dozen members of the group Voices for Creative Nonviolence are protesting because they say solitary confinement is inhumane. As Illinois lawmakers considered new limits on solitary confinement, Voices for Creative Nonviolence co-coordinator Buddy Bell argued that the plans for the Thomson prison fly in the face of those ideas.

“We oppose the plans of the Bureau of Prisons to open a new facility in Thomson, Ill.,” he said. “We don’t approve of using solitary confinement unless there’s an acute need for it and whatever problem arose can be solved within five days.”

The group is stopping at First Congregational Church in Geneva today. Meanwhile, a state bill, House Bill 5417, which would limit solitary confinement to no more than five consecutive days, still is sitting in the House.

Four years ago, the federal government bought the Thomson prison from the state for $165 million. Instead of using the money to open new prisons, Bell said, those tax dollars could be better spent on more rehabilitative solutions.

“For the Federal Bureau of Prisons to be building a new facility is taking money away from other sectors of the government that could be boosting the economy,” he said, “making sure that people have the opportunities that can be gleaned from the public money.”

Voices for Creative Nonviolence started the march Saturday in Chicago and plans to end the protest walk at the prison site in Thomson on June 11.

Details of HB 5417 are online at legiscan.com.