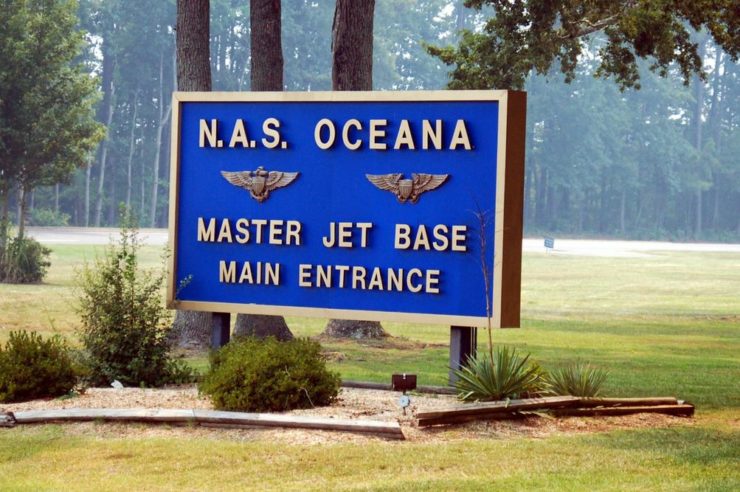 Thank you so much for the support and prayers as I went to court yesterday. I ended up pleading guilty to the trespass charge during the Air Show at Oceana Naval Air Station in September.

The prosecutor ran down my 26 years of convictions and then asked the judge to sentence me to the maximum of six months. I then made the statement which is attached here–it  is similar to the reflection on the action I sent out some weeks ago, but with some important differences. The judge then took a fifteen minute recess. When he returned he went through some factors that he had to weigh in his sentencing. He didn’t think that I was a threat to the public or that any sentence would deter me in the future, realized that I didn’t need any drug or alcohol program, and mentioned a couple other factors that didn’t apply. He then sentenced me to 2 days in jail and a $500 fine.

They sent me to Western Tidewater Regional Jail in Suffolk to do my overnight (any part of a day counts as one day). Between lockup at the Federal Courthouse and then at WTRJ, I spent time talking with one man who was in the cell adjacent to an accused child pornographer who had committed suicide there 5 days earlier, a Christian federal marshal who I’ve been locked up there with twice before and who has begun reading about Buddhism and Peace Pilgrim (look her up if you’ve never heard of her), a chaplain at the Regional Jail who has been a chaplain in Suffolk jails for 44 years and who cared for his wife with Parkinson’s for 12 years, and with a “pirate” from Somalia. He told me he is a fisherman from Puntland, a part of the country that is at peace and that works with the US in it’s war against Al-Shabab. When US, Chinese, French, and other factory fishing boats exhausted the fish and crabs in Somali waters by 2004, he turned to running guns to and from Yemen to make a living. He is 38 and has 3 wives and 9 kids.

At WTRJ they took my picture, asked me medical questions, gave me a TB shot, made me shower up, and dressed me in the jail duds. I went to a cell block in which prisoners had yet to be classified so they were on all day lock down in two man cells. I had my own cell for the night, then they got me up at 4 am to reverse the dressing process, put me back in leg cuffs and hand cuffs chained to a waist chain, and into a van back to Norfolk Federal Courthouse along with this morning’s crop of prisoners who have court appearances today.

The $500 will go unpaid. I told the judge that we don’t make any salary with the Catholic Worker and that even if I had the money I wouldn’t pay it as we try to render as little to Cesar as possible. In a couple months it should go into collection. When I am arrested again in the future they could send me to jail for unpaid fines, but that seems rare.

So my vote is for disarmament, and yesterday was my early vote. Today is the birthday of Catholic Worker founder Dorothy Day. She was born in 1897 and died in 1980. I’ll end with her writing in June 1940 (6 months after US entry in WWII):

“Instead of gearing ourselves in this country for a gigantic production of death-dealing bombers and men trained to kill, we should be producing food, ambulances, doctors and nurses for the works of mercy, to heal and rebuild a shattered world…The Sermon on the Mount is our Christian Manifesto.”

Thank you and peace be with you,