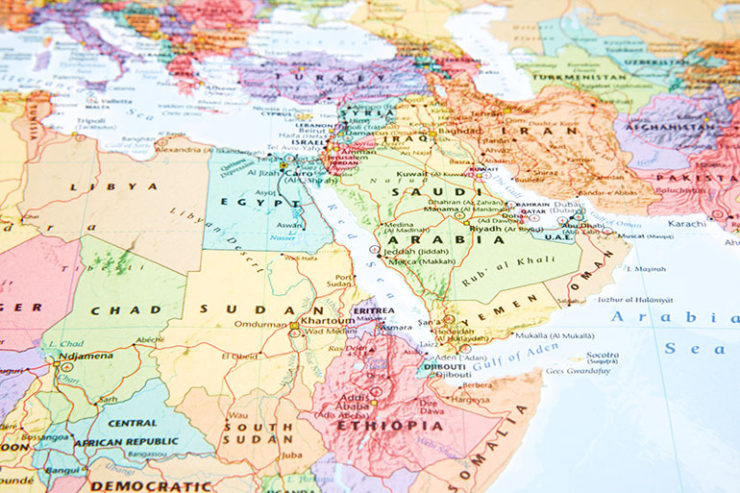 This week at the Voices for Creative Nonviolence office in Chicago, my colleague Sabia Rigby prepared a presentation for a local high school. She’ll team up with a young friend of ours, himself a refugee from Iraq, to talk about refugee crises driven by war. Sabia recently returned from Kabul where she helped document the young Afghan Peace Volunteers’ efforts to help bring warmth, food and education to internally displaced families living in makeshift camps, having fled the Afghan War when it raged near their former homes.

Last year Sabia had been visiting with refugees in “the Calais Jungle,” who were fleeing the Middle East and several African countries for Britain. Thwarted from crossing the English Channel, a large mass of people were stopped in this refugee camp in Calais, France, from which French authorities eventually evacuated them, defying their careful solidarity and burning their camp to the ground.

As part of her high school talk, Sabia prepared a handout to show where refugees are the most welcomed. One detail astonished her.

In FY 2016, the U.S. admitted 84,995 refugees, but Yemen, the poorest country in the Arab world took in 117,000 new refugees and migrants in 2016, and hosts more than 255,000 refugees from Somalia. Yemen is now beginning to host the world’s worst humanitarian crisis. What’s more, the country is regularly targeted by Saudi and U.S. airstrikes.

Since we are also planning a week of fast and action related to the tragic circumstances Yemen faces, we were astounded when we realized Yemen is a path of escape for Somalis fleeing the Horn of Africa, refugees of one conflict, stranded in their flight, and trapped in a country where deadly conflict is precipitating into deadlier famine.

After years of U.S. support for dictator Ali Abdullah Saleh, civil war has wracked Yemen since 2014. Its neighbor Saudi Arabia, itself among the region’s cruelest dictatorships and a staunch U.S. ally, became nervous in 2015 about the outcome and, with support from nine regional allies, began subjecting the country to a punishing barrage of airstrikes, and also imposed a blockade that ended the inflow of food and supplies to Yemen through a major port. This was accomplished with massive, ongoing weapons shipments from the U.S., which has also waged independent airstrikes that have killed dozens of civilians, including women and children.

Pummeled by airstrikes and fighting, facing economic collapse and on the brink of famine, how could this tiny, impoverished country absorb thousands upon thousands of desperate migrants?

Yemen imports 90% of its food. Because of the blockade, food and fuel prices are rising and scarcity is at crisis levels.

UNICEF estimates that more than 460,000 children in Yemen face severe malnutrition, and 3.3 million children and pregnant or lactating women suffer acute malnutrition. More than 10,000 people have been killed, including 1,564 children, and millions have been displaced from their homes, but worse is the groundwork laid for the far greater devastation of famine. Iona Craig, in the IRIN publication, recently wrote:

In the middle of a vast expanse of grey scrubland, a rapidly growing population of more than 120 families huddle under parched trees. Escaping the latest wave of conflict on Yemen’s Red Sea coast, they walked two days to get to this camp southwest of Taiz city.

But on arrival, the scores of women and children found nothing. No support from aid agencies. No food. No water. No shelter. The elderly talk of eating the trees to survive, while children beg for water from local farmers. A mother cradles her clearly malnourished baby in her arms.

Now comes word that on March 16th, forty-two Somali people were killed in sustained gunfire from the air as they set forth in a boat attempting to flee Yemen.

“I took cover in the belly of the ship,” said Ibrahim Ali Zeyad, a Somali who survived the attack. “People were falling left and right. Everyone kept screaming, ‘We are Somali! We are Somali!’”

But the shooting continued for what felt like half an hour.

The attack on Yemen traps both Yemenis and fleeing Somalis in the worst of four developing crises which collectively amount, one U.N. official warns, to the worst humanitarian crisis in the history of the U.N. As of this writing, no one has taken responsibility for the strike, but survivors say they were attacked by a helicopter gunship. The boat was carrying 140 people as it headed north off the coast of Yemen.

Meanwhile, US weapons makers, including General Dynamics, Raytheon, and Lockheed Martin, profit massively from weapon sales to Saudi Arabia. In December, 2017, Medea Benjamin wrote: “Despite the repressive nature of the Saudi regime, U.S. governments have not only supported the Saudis on the diplomatic front, but militarily. Under the Obama administration, this has translated into massive weapons sales of $115 billion.”

At this critical juncture, all member states of the UN must call for an end to the blockade and airstrikes, a silencing of all guns, and a negotiated settlement to the war in Yemen. The worst malefactors, the U.S. and Saudi Arabia, must abandon cynical maneuvering against rivals like Iran, in the face of such an unspeakable human cost as Yemen is being made to pay.

U.S. people bear responsibility to demand a radical departure from U.S. policy which exacerbates the deadly tragedy faced by people living in Yemen.

Choosing a path of clear opposition to U.S. policies toward Yemen, U.S. citizens should demand elected representatives stop all drone attacks and military “special operations” within Yemen, end all U.S. weapon sales and military aid to Saudi Arabia, and provide compensation to those who suffered losses caused by U.S. attacks.

Our group of activists long functioned under the name “Voices in the Wilderness,” a campaign to defy U.S. economic warfare against Iraq, a form of war through imposition of economic sanctions which directly contributed to the deaths of over 500,000 children. Lost in a culture of hostile unreality and unbearable silence concerning economic warfare, we were evoking, perhaps unconsciously, the plight of refugees seeking survival. We didn’t succeed in lifting the brutal economic sanctions against Iraq, but we surely learned harsh realities about how callous and reckless U.S. policy makers could be.

We must ground ourselves in reality and in solidarity with the greater part of the world’s people. As our neighbors around the world flee in desperation across borders or within the confines of their own countries, we must continually educate ourselves about the reality of what our nation’s actions mean to the world’s poor. Building toward a time when our voices may unite and be heard, we must raise them now in crying out for the people of Yemen.

One thought on “Reality and the U.S.-Made Famine in Yemen”