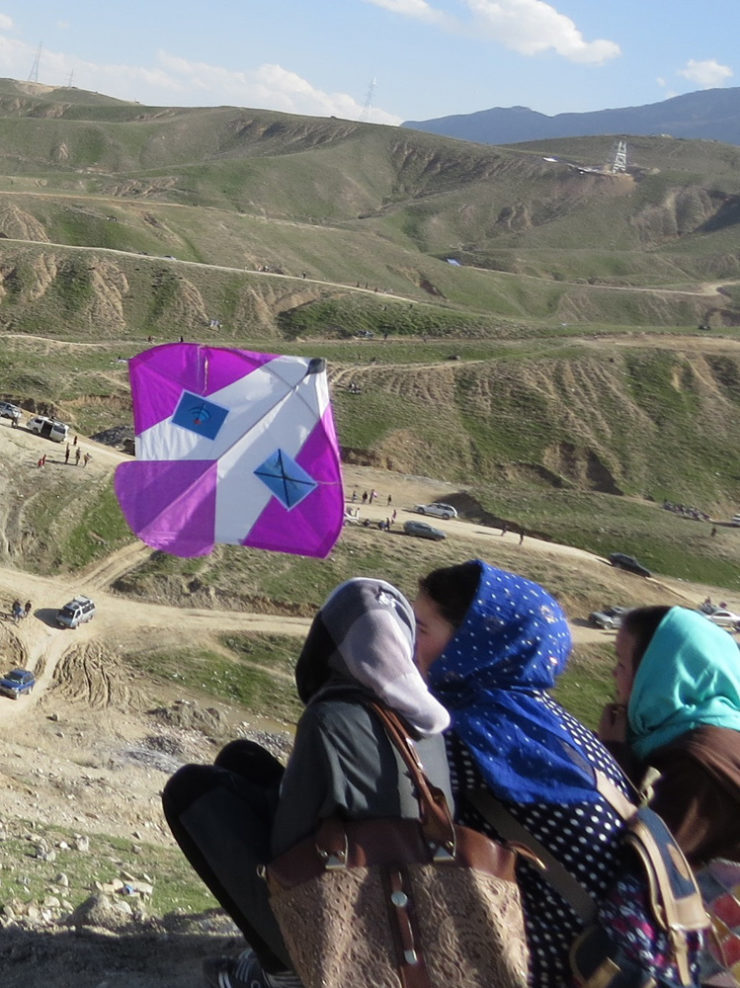 April 6, 2017
Fifty years ago, Dr. Martin Luther King gave his boldest and perhaps most defining speech. It alienated liberal allies in the North and the Northern press, plus many in King’s own civil rights movement, and prompted President Johnson to withdraw King’s secret service detail. Exactly one year later, forty-nine years ago on April 4, he was assassinated. He said, “As I have walked among the desperate, rejected, and angry young men, I have told them that Molotov cocktails and rifles would not solve their problems … Their questions hit home, and I knew that I could never again raise my voice against the violence of the oppressed in the ghettos without having first spoken clearly to the greatest purveyor of violence in the world today – my own government.” It was his “Beyond Vietnam” speech.

Today, the 100th anniversary of the US entry into World War I, billed as “the war to end all wars,” wars rage and conflict-fueled hunger crises have culminated in potential famines hitting almost simultaneously in Yemen, Nigeria, Somalia and South Sudan.
Three former UN officials with many decades of experience as diplomats recently wrote a blunt appraisal of the US role in undermining UN efforts and promoting wars, noting the President continues “embracing a toxic form of messianic nationalism” with exclusionary policies “illustrative of a regressive and Islamophobic outlook.” Yet in Kabul, the Afghan Peace Volunteers (APV) have been welcoming Voices US and UK delegates, one or two at a time, over the past several months. This followed a five month stretch where, for security reasons, the community was unable to receive visitors. I’ve been very grateful to be with them for the past two weeks.

On my first full day there, we traveled by bus to a small village where relatives celebrated the marriage of Abid and Zahro. They were married in the Herat province the week before. The wedding party was Disneyesque! Our group of women from Kabul sat with the village women in a large tent. Abid’s sisters and cousins, wearing brightly decorated gowns, looked exotic and beautiful. Young, and not so young, women took turns dancing and singing. “Wedding culture” remains quite popular in Kabul and throughout the country, but families experience severe financial strains trying to meet the expense, often with serious and long-lasting consequences.

For me, travel to a small village was welcomed as our movements have been restricted during recent visits in Kabul. The villagers tend almond and mulberry trees as well as grape vines. When the bus driver realized a foreigner was on board, the rate was suddenly doubled. The APV responded by saying, “OK. We’ll walk.” I was exhilarated, walking downhill alongside orchards with mountains looming on all sides. The bus driver soon found us and negotiated a more reasonable price.

The arrival of spring results in family gatherings, with opportunities to plant and recreate. It represents the beginning of the Afghan New Year. This past winter, for the fourth consecutive year, the APV supported seamstresses and provided a living wage to sew warm duvets for distribution to refugee camp families. Efforts were likewise redoubled on the “Street Kids’ School”.  Child street vendors are provided the opportunity to make up months or years of schooling they missed while supporting their families. Rations of rice and cooking oil are provided in trade for their attendance in school and participation in weekly classes at the Borderfree Center. The kids, and a growing circle of neighbors, also learn about the history and practice of nonviolence.

Today was my last full day in Kabul. Six of us went to the Emergency Surgical Center for Victims of War to donate blood. Courageous workers there have faced innumerable crisis situations following attacks in Kabul. Their healing touch includes provision of well-tended lawns and gardens for their patients to rest in while recovering. Patients who can be mobile emerge from full wards, on crutches or in wheel chairs. We see them converse softly. And always there are a few children in wheelchairs racing down the cement walkways. The Emergency hospital in Lashkar Gah operates under full war zone conditions and still manages to run clinics and ambulance services.

Afterward, Nematullah took me to a refugee camp to visit a class he teaches to girls aged 5 – 14. With 25 students, we sat on uneven, rocky ground in a primitive room. For two hours, the girls were easily engaged in stories, activities, grammar exercises, and writing assignments. I felt grateful and hopeful as they bade us farewell.

Like the people in the refugee camp, people throughout Kabul cope with contaminated water and air, shortages of food and electricity, and a disastrously inadequate sewage and sanitation system. Hakim observes that among the dozens of young volunteers at the Borderfree Center, every family is dealing with severe traumas. In my short ten-day visit here, Barath Khan traveled to his home province of Paktia for the funeral of a cousin killed by an unknown assailant. Meanwhile young Bismillah’s family was mourning the recent death of his 28 year old brother who was killed in action serving with the Kabul government’s army. Nawid learned that his young cousin living in a neighboring province runs to hide every time he hears the sound of an armed US drone flying overhead.

Three days ago, the Center hired two buses to take Street Kids and Volunteers to a high hillside for their “Fly Kites not Drones“ celebration. The children turned a cause for frightened hiding into a day of togetherness in the open, of solidarity, perhaps some healing, returning a message to the Afghan sky (and to its current US masters) that they do not want to fear it any more.  The following day, Ali and Qasim carefully loaded 90 saplings, plus shovels, pickaxes and buckets onto a bus already filled with eager young people who volunteered to plant trees at two different schools. The APVs have planted more than 600 saplings since they first started the Bamiyan Peace Park. This morning, Hakim and I talked about linking with communities in other war zones, being perhaps more deliberate about eventually bringing a joint message from those living under the tyranny of war to the General Assembly in NY or some other public forum. Early in my stay Hakim had given the APVs a slide show detailing antiwar resistance as far back as WWI – it was crisp, moving and inspiring. He contrasted the scientific advances that had allowed the first lunar landing with the use of technology to develop the weapons of mass destruction the US and weaker nations precariously stockpile. The slides covered a century of war resisters, some reminders of war’s wide-reaching costs, and even the effect wars have had on Hakim’s own family. Faced with unemployment and a dire lack of solutions to their own financial hardships, teams at the Borderfree Center have developed presentations about global poverty, worker’s rights, far-off famines and the ecological crisis. Their alternative education currently reaches many dozens of young people in Kabul. A small team now meets weekly to design an Institute of Peace for older students.

Shortly after returning to the US, I’ll head to NYC for a week of fasting and action at the UN regarding starvation and war in Yemen. Since my arrival in Kabul two weeks ago, the conflict-driven crises in Somalia, South Sudan and North Nigeria have accelerated further toward famine, making up, along with Yemen’s nightmare, what is being called the world’s worst humanitarian crisis in seventy years. Trump’s slashing of US contributions to UN relief agencies must be condemned as the exact opposite of what the US can and should do: as one of the wealthiest countries in the world, the US should make famine prevention and feeding those at risk of starvation a top priority. But we should also resist continued US military buildup in Yemen, African countries, and any other part of the world. To give humanitarian aid while continuing US military strikes and US support for the Saudi blockade of Yemeni ports is like giving money to the local fire department on one’s way between setting different arson fires.

We recall the horrible suffering and death in Iraq under economic sanctions. Efforts to alleviate the suffering were always too little and too late. Voices witnessed US aerial terrorism and invasion afflicting Iraqi civilians on a massive scale in 1991 and 2003. The US military menace gave rise to ongoing chaos, displacement, and bitter civil wars.

Fifty years ago Dr. King risked his life to tell us that “the world now demands a maturity of America that we may not be able to achieve,” that a nation focused on military defense more than social uplift “is approaching spiritual death,” and that we still had a choice: “nonviolent coexistence or violent coannihilation.”  How much longer will that choice be extended to us? It’s an open question. But the time is always ripe to start making the right choice. We cannot look the other way as military and economic warfare destroys lives, communities and cultures. We cannot lose ourselves in trivia and fantasy while the foundation of our real lives is the inescapable misery and suffering of others. We must persistently ask how US people will ever find the ingenuity, skill and resources to solve critical problems facing US communities when perennially panicked into working to satisfy the bloated and obscene needs of the US military industrial complex.

I’ve had the extraordinary experience, in Kabul, of walking among and learning from angry, desperate, and rejected young men, and young women. I have seen them working for peace, for their neighbors, and for a brighter future. That has to be a good start.

Kathy Kelly (kathy@vcnv.org) co-coordinates Voices for Creative Nonviolence (www.vcnv.org). A panel discussion with Kathy Kelly, Mary Dean, Brian Terrell, and Metasabia Rigby about current politics, and how and why to abolish war will take place this Sunday April 9th at DePaul in the Schmidt Academic Center, Room 161. To Skype with the APVs on April 21st, their monthly “Global Days of Listening,” sign up at globaldaysoflistening.com.