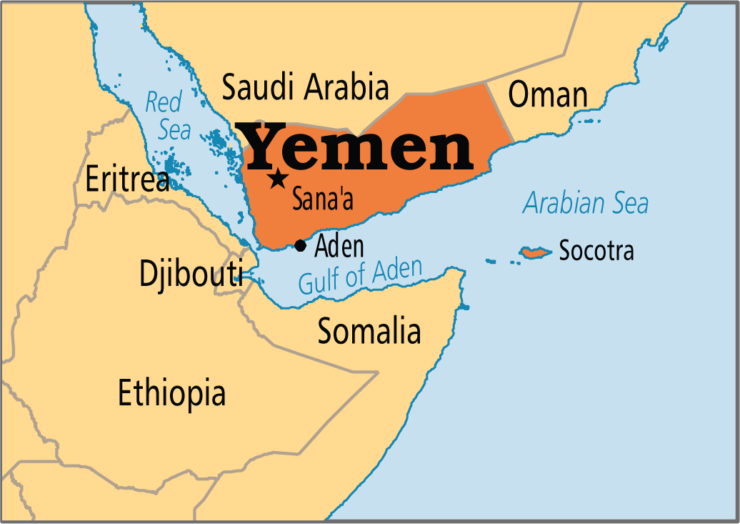 “Administration officials have proposed the U.S. participate directly in an attack on Yemen’s major port,” said Rep. Mark Pocan. “Such an attack could push the country into full-blown famine, where nearly half a million children in Yemen are facing starvation. Congress is a direct line to the people and this letter is a first step in reasserting our Constitutional check on presidential powers. I am committed to pursuing all tools at our disposal to ensure President Trump abides by our Constitution before possibly plunging our country into another senseless conflict.”

“The Constitution vests in Congress the power to commence war,” said Rep. Justin Amash. “If the president supports our involvement in a foreign war, he must make the case to Congress and the American people.”

The text of the letter is below and an electronic copy can be found here.

We write to express our serious concern over reports that your administration is actively considering “direct support for the anti-Houthi coalition” of militaries led by Saudi Arabia in Yemen. Administration officials are said to be weighing proposals to provide Saudi-led forces with “surveillance and intelligence, refueling, and operational planning assistance” against the Shia Houthis who control most of Yemen’s population centers. One administration official acknowledged that the removal of preexisting White House prohibitions on such assistance could be viewed as “a green light for direct involvement in a major war.”

Direct U.S. hostilities against Yemen’s Houthis would run counter to your pledge to pursue a “disciplined, deliberate and consistent foreign policy” that protects American families in “every decision.”  Indeed, according to U.S. defense officials, the U.S.-backed Saudi war against Houthis in Yemen has already “strengthened al Qaeda there” and poses “a serious threat to U.S. security.”

We share the concerns of some of your advisers, who worry that direct support for the Saudi coalition’s war against Houthis “would take too many resources away from the counterterrorism fight against al-Qaeda in the Arabian Peninsula.”  We are further troubled by news reports indicating that Al Qaeda in Yemen has “emerged as a de facto ally” of the Saudi-led militaries with whom your administration aims to partner more closely.  According to press accounts, Al Qaeda in Yemen has fought against the Houthis on the same side as Saudi coalition forces in several battles near Taiz and al-Bayda, while also operating closely with Saudi-financed Islamist militias.

Moreover, Congress has never authorized the actions under consideration. The 2001 Authorization for Use of Military Force (AUMF) sought and received by President George W. Bush, which has been interpreted to apply to Al Qaeda and associated forces, has never been cited by any government official as justification for U.S. involvement in military actions against Yemen’s Houthis. The Houthis have never been “associated forces” to Al Qaeda; they are Zaydis, a branch of Shiite Islam, and strongly oppose the Sunni Al Qaeda, which promotes sectarian violence against Shia.

Engaging our military against Yemen’s Houthis when no direct threat to the United States exists and without prior congressional authorization would violate the separation of powers clearly delineated in the Constitution. For this reason, we write to request that the Office of Legal Counsel (OLC) provide, without delay, any legal justification that it would cite if the administration intends to engage in direct hostilities against Yemen’s Houthis without seeking congressional authorization.

As U.S. Representatives, we take seriously the right and responsibility of Congress to authorize the use of force, or to refuse to do so, as mandated by the Constitution and the 1973 War Powers Resolution. We expect that any direct military actions pursued by the administration against the Yemeni Houthis be brought before Congress for consideration and authorization for approval before they are executed.

In August 2013, when President Obama threatened to bomb Syrian government forces without congressional approval, a large, bipartisan group of U.S. Representatives objected. They urged the president “to consult and receive authorization from Congress,” noting that the president’s “responsibility to do so is prescribed in the Constitution and the War Powers Resolution of 1973.”  President Obama subsequently agreed to seek congressional authorization.

In light of the gravity of a potential U.S. military escalation in Yemen, we additionally seek the OLC’s prompt legal opinions concerning:

The United States has participated in Saudi-led airstrikes that have been blamed for most of Yemen’s 10,000 civilian deaths, creating a security vacuum that Al Qaeda has exploited to expand its base of operations.  We therefore urge you to terminate U.S. refueling for Saudi coalition warplanes and end, rather than increase, U.S. logistical assistance for the Saudi-led bombings in Yemen. At minimum, any decision by the administration to engage in direct U.S. hostilities against Yemen’s Houthis must be subject to a congressional debate and vote, as the framers of the Constitution intended and the 1973 War Powers Resolution demands. As you know, the War Powers Resolution provides a mechanism for individual Members of Congress to force the question of congressional authorization if the administration is not forthcoming in seeking approval for a planned military action.

We await your prompt response regarding any legal rationale for U.S. participation in hostilities against Houthi forces in Yemen and whether your administration plans to seek approval from Congress. Your timely answer is appreciated as we explore how best to assert our constitutional role of oversight and authorization over such actions.