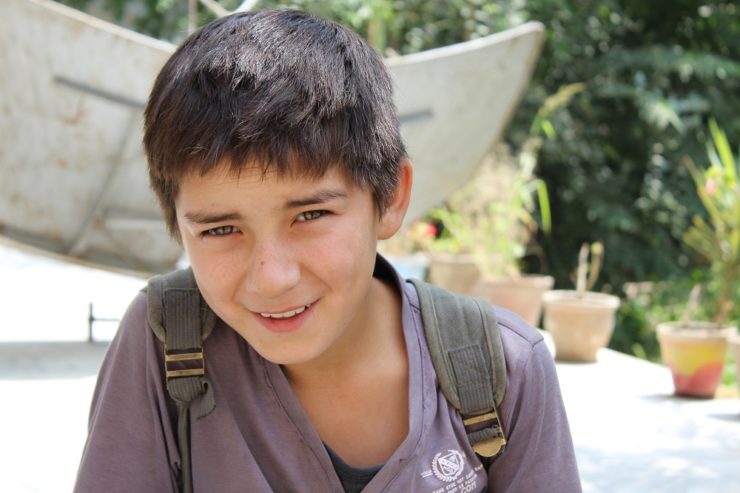 I don’t want Rahman, Inaam’s brother, to end up being killed. Rahman is now training to be a soldier.

Both Sultan and Hussein were Afghan soldiers in their twenties. They joined the army because there were no other viable jobs available. Their families needed food. Hussein was killed in Helmand Province, where in the past 15 years, 18,000 policemen ( not counting soldiers or civilians ) were killed. 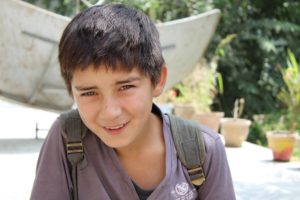 Inaam, whose brother, Rahman, signed up to be a soldier as there were no other viable jobs

Newton would have wondered why we fail to apply scientific laws to human behaviour too ; for every action, there is an equal and opposite reaction. The more ‘enemies’ that armies and soldiers kill, the more soldiers and civilians will be killed.

The casualty numbers in Afghanistan and elsewhere prove this. The 2015 Global Terrorism Index has recorded a nine-fold increase in terrorism-related deaths since 2000. War doesn’t work!

Inaam, who is a street kid attending the Borderfree Afghan Street Kids School, had taken me to his family’s rented room so I could do an annual household survey. It was then that I heard his mother tell Rahman’s story. I felt a slow panic, even though I hadn’t met Rahman before.

“My son called to say he was feeling terrible. His hands were blistered from the army training. They are training him to shoot,” his mother told me, her fingers gesturing as if to ‘pull the trigger’. She paused, then continued nervously, “He said he doesn’t wish to continue. I cried. He told me not to cry, saying, ‘This is life, mother.’”

She took the helm of her headscarf and wiped off the tears that had ‘ballooned’ rapidly above her eye-bags. Just as I’ve seen so many times before in Afghan demeanor, she steadied herself within seconds, pulled her shoulders back slightly, swallowed her anxiety, and looked up again. 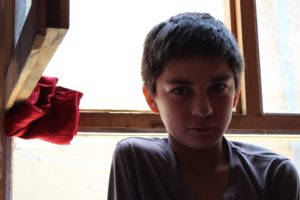 Inaam is a thoughtful, hardworking child.

I heard a paralysis, a sort of helplessness in her voice. Inaam was sitting by the window sill. I could tell he was worried.

Like a mad fever, I saw the blood-stained history of humanity streaming into that spartan room in Kabul. The water well in the yard outside had dried up to its last drop, part of a severe water crisis in Kabul.  While the leaders of the world are pumping money into the business of fighting and killing, no one is paying attention to the depletion of water.

Like a scene from a movie that’s replayed again and again from a malfunctioning video player, I saw Rahman crawling in the burning, dry desert sand, cold dehydrated sweat on his brow.

“When Rahman called, he asked whether Inaam was returning home from ‘work’ earlier every night, instead of at 9.30 p.m., when ‘all sorts of crime and incidents fester in the streets’. Out of worry, I beat Inaam once for coming home too late at night. I didn’t want to punish him, but I got so intolerably worried about bad things happening to him. He’s still so young.”

Inaam is 13. I responded, “Why didn’t Inaam tell me that Rahman was hoping to continue his studies in night school? How I wish I had known about his deliberations to join the army!” My frustration at life’s small but water-shed decisions was obvious.

“Inaam didn’t want you to know that we’re trapped in this undignified situation. As you know, Inaam’s father is a drug addict, and we have so many problems. We don’t tell anyone such things,” Inaam’s mother explained. Inaam hasn’t seen his father for more than seven years. His father is in another province, unable to kick his drug habit, and oblivious to similarly desperate challenges at home. Inaam’s mother continued, “And, Inaam is not a kid who complains. He goes to school and then to work. He comes home, and he listens. He doesn’t give us any trouble.”

I reassured her, “There’s no ‘shame’ in your sons’ hard work to eke a living. The Afghan Peace Volunteers are a family, and it is no ‘shame’ for family members to help out if possible. Please ask Rahman to come meet us when he’s on a home visit, and perhaps, we can discuss job options.”

Inaam’s mother gave Inaam some instructions. He shuffled about in the corridor space outside the room, which doubles up as a kitchen, and returned quickly, placing a plate of washed grapes before me.

What is needed is food on the table, enabled through dignified labour. But, where are the decent-wage jobs that don’t involve exploitation and killing? If the call is to choose peace, where are the everyday options? Why can’t peace, economic justice, and environmental groups pool their efforts together to address their common root problems, which Naomi Klein encouraged as the deepening of ‘relationships between issues and movements, so that our solutions address multiple crises at once’? This would surely include making nonviolent jobs available to Rahman, as a concrete way of ‘saving’ him.

Why can’t I do something about this?

As we left on our bicycles, Inaam pointed out the reinforced concrete walls of an army facility a few hundred metres away from his home. The thick walls had been broken into pieces as if they were made of paper, in a suicide bomb attack a couple of months ago.

“I was not at home. The battle raged on for a few hours after the explosion,” Inaam said. I could only imagine his shocked mother sitting in the room alone, legs folded, biting her lips, pale with worry.

My thoughts kept hovering around Rahman, searching for a definite way to ease him out of war’s insanity and death. How? 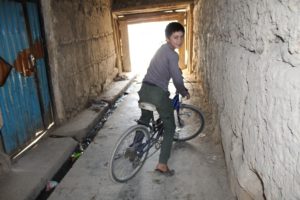 Inaam on his bicycle, near his house and the scene of a suicide bomb attack

I had heard Rahman’s voice on the phone before, when I called to ask Inaam to turn up at the Centre. This was before Rahman was recruited into the army. Just hearing a voice, even a stranger’s, can connect us to the person’s humanity. “Where? What time? Okay! I’ll tell Inaam. Thank you.”

That day, as I cycled back to the Borderfree Nonviolence Centre where Ali, Bismillah and the Afghan Peace Volunteers realize that every crisis and every human is connected, my heart was thumping away.

I felt that Rahman’s ‘fate’ was linked to mine and that it was now tied to a ticking time bomb that would follow Newton’s law.

Damn, I don’t want Rahman to end up being killed.

Dr Hakim, ( Dr. Teck Young, Wee ) is a medical doctor from Singapore who has done humanitarian and social enterprise work in Afghanistan for more than 10 years, including being a mentor to the Afghan Peace Volunteers, an inter-ethnic group of young Afghans dedicated to building non-violent alternatives to war. He is the 2012 recipient of the International Pfeffer Peace Prize and the 2017 recipient of the Singapore Medical Association Merit Award for contributions in social service to communities.