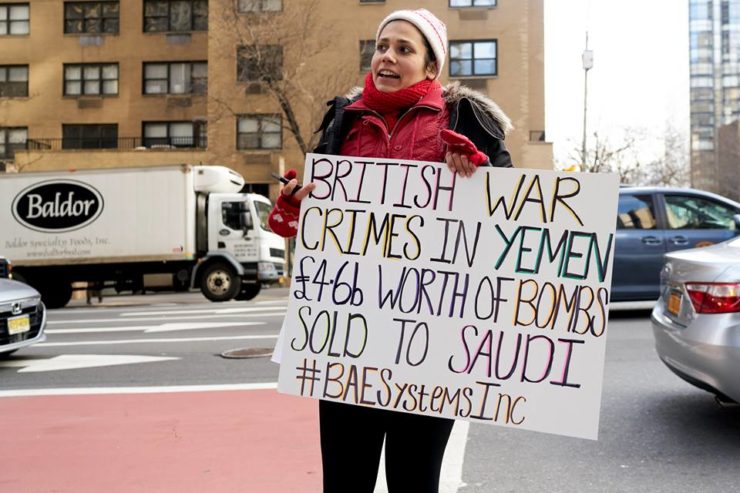 OUTSIDE THE BRITISH CONSULATE in New York City, Hastings Councillor Maya Evans denounced the British Government for its complicity in the Saudi bombing of Yemen which contributed to 85,000 children dying of starvation and 13 million Yemeni facing famine (1).

The UK has licensed over £4.6 billion worth of arms to Saudi Arabia since the bombing began in March 2015 (2), these weapons have been central to the bombardment of Yemen.

While on a 7 day fast outside the UN offices in New York, Cllr Evans visited the UK consulate and went a step further to the Labour Party and denounced the British Government for its central involvement in one of the worst crises in the world today, which sees at least one child dying every ten minutes from preventable disease.

Cllr Evans helped US citizens understand the position of Jeremy Corbyn (3) and the Labour Party who are in strong opposition to the Government’s supply of weapons to some of the most authoritarian countries in the world, Saudi Arabia and the United Arab Emirates.

Cllr Evans travelled to New York for the week long protests which were calling for sustained measures to cease all hostilities, and for all of the warring parties to end weapon sales and acquisition, protect supply lines, facilitate aid operations, and stabilize the Yemeni economy.

Cllr Evans said: “Nearly 2.2 million children in Yemen are acutely malnourished and the 5 million people at risk of cholera (4). The UN has verified over 325 attacks on schools, health facilities, markets, roads, bridges and even water points. Over two thirds of the damage to public infrastructure is a result of airstrikes made possible by British weaponry. This is a violation of international humanitarian and human rights law. I denounce the British Government for the central role that it has played, for the £4.6 billion in weapons it has sold to Saudi Arabia, a profit which massively eclipses the token £570 million given in UK aid.”
—- 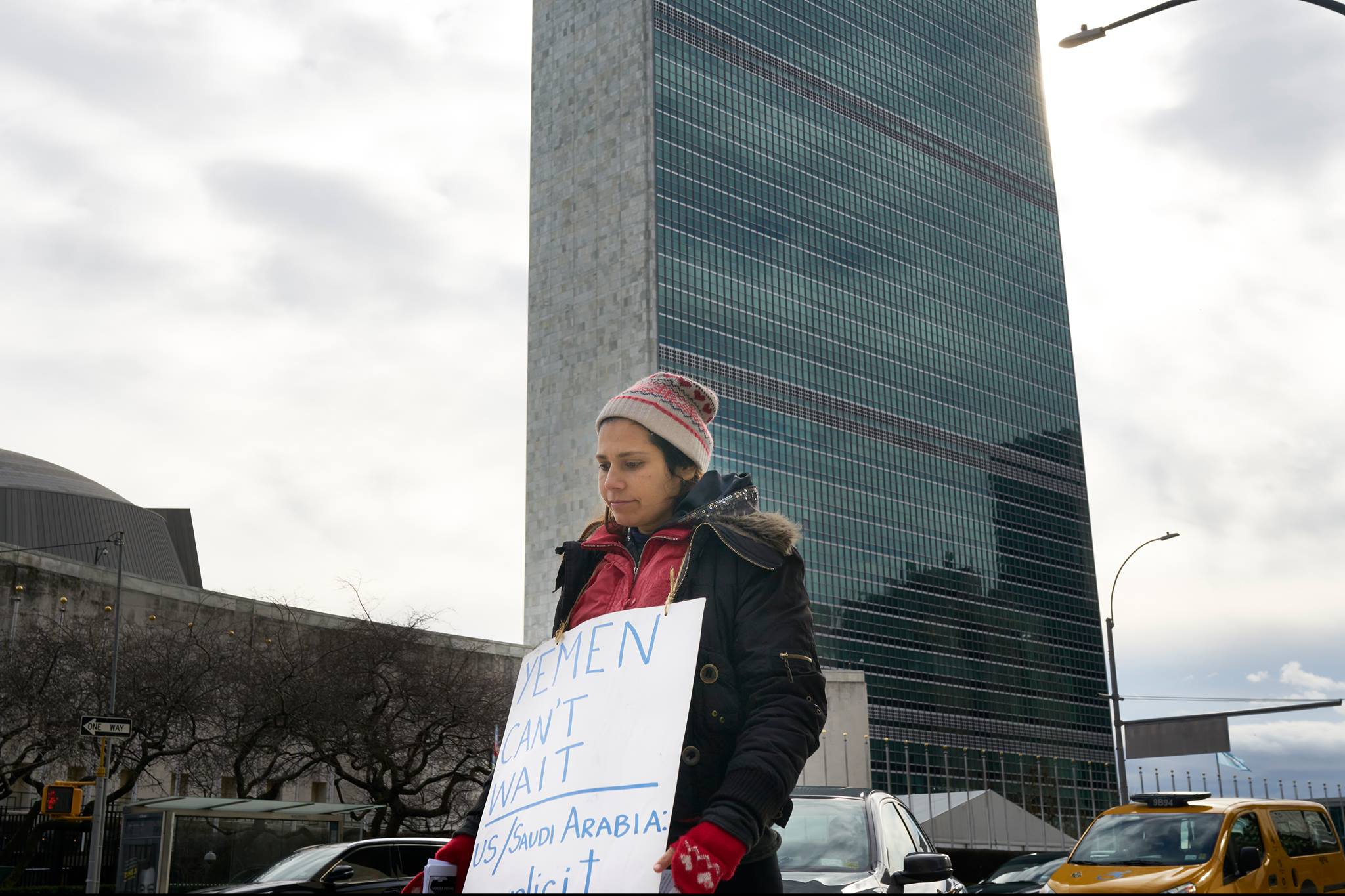