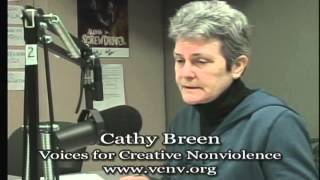 It’s been so long since I have written, that I don’t know where to begin. I pick up a binder and begin scanning through past “Dear Friends” letters.  As I read, memories of trips to Iraq, Jordan, Syria, Kurdistan and Turkey begin to flood my consciousness.   So many beautiful faces and stories.  So many years of war.

There is one Iraqi family in particular about whom we have written over the years, always changing the names so as not to put them at greater risk.  You might recall that the father and oldest son fled Baghdad in 2015 due to death threats and assassination attempts.  Together with thousands of others fleeing violence, they made the torturous trip from Baghdad to Kurdistan and then on to Turkey, Greece, Macedonia, Serbia, Hungary, Germany, etc. until they landed in Finland.  Some months later they were denied asylum.  Devastated at the decision, our trusted friend, former driver and translator lamented bitterly, “They don’t want us here.”  We pled with them to appeal, which they did.  But months passed with no decision.

The oldest son turned 18 while in Finland and, no longer considered a minor, chose to return “voluntarily” to Iraq against the wishes of his parents.  He felt unwanted and isolated in Finland, with no friends, and unable to go to school or work.  Two weeks after his return to Baghdad he was kidnapped, together with his second oldest brother.  The mother went crazy with grief and the father quickly left Finland to also return “voluntarily” to Iraq.

I had lived with the family in 2013, and they have a special place in my heart.  In the summer of 2017, I spent the day with them in Baghdad.  We took photos that day, and the two oldest boys were painfully absent in the pictures.  After lunch when my driver was resting in another room, I had a chance to speak alone with the parents.  “Talk to me,” I said.  Then came a deluge of stories of kidnappings that friends, family and neighbors had experienced-kidnappings of beloved family members, children and spouses.  None had “turned out well,” they told me.  There were no words.  I just held the wife as she wept and wept.

An agonizing time of uncertainty and helplessness ensued after the kidnapping. Through a chain of events the second son ended up in Syria and his father was able to get him smuggled across the border into Turkey in December of 2017.   Then, in July of last year, we got word through a coded message from our friend that his oldest son was alive!  On the last day of January 2019, we received word that the oldest son and his father had been reunited in Turkey. “Yes, now we are together.  Today is the happiest day of my life.”

The main purpose of this letter is to inform you that the family has been reunited and are all together in Turkey now!  I apologize that this letter is so long overdue.  For all your support, prayers and well wishes for this dear family, we are deeply grateful.

Last summer the family had to leave their homeland again due to threats. They joined the approximately 4 million refugees in Turkey.  With a population of about 80 million, one person in twenty is a refugee.

And as I write, we are sending bomber planes and an aircraft carrier to the Gulf and warning all “non-essential” staff at the US embassy in Baghdad to leave the country.  The U.S. is just itching for war with Iran.

I would like to end with a quote from the renowned author Arundhati Roy. She gave an impassioned address just days ago on May 12th at the Apollo Theater in Harlem.

“Capitalism’s gratuitous wars and sanctioned greed have jeopardized the planet and filled it with refugees. Much of the blame for this rests squarely on the shoulders of the government of the United States. Seventeen years after invading Afghanistan, after bombing it into the Stone Age with the sole aim of toppling the Taliban, the U.S. government is back in talks with the very same Taliban. In the interim, it has destroyed Iraq, Libya and Syria. Hundreds of thousands have lost their lives to war and sanctions. A whole region has descended into chaos, ancient cities pounded into dust.

Amidst the desolation and the rubble, a monstrosity called Daesh, ISIS, has been spawned. It has spread across the world, indiscriminately murdering ordinary people who had absolutely nothing to do with America’s wars. Over these last few years, given the wars it has waged and the international treaties it has arbitrarily reneged on, the U.S. government perfectly fits its own definition of a rogue state. And now resorting to the same old scare tactics, the same tired falsehoods and the same old fake news about nuclear weapons, it is gearing up to bomb Iran. That will be the biggest mistake it has ever made.”

One of the reasons I have been out of touch is that I have needed to be at my mother’s side. She took a fall in early February and has been in a medical unit in a retirement community in the Philadelphia area since that time.  Right now I am in a bus on my way to see her.  For the whole month of February she was in tremendous pain, pain we couldn’t take up from her.  As the pain has subsided, she is doing much better.  But the medical unit with the lack of privacy and understaffing has and will continue to be a great challenge.  I count it a great blessing to still have my mother.  Juliet, 93 years old and the youngest of 12 children, has been very much a part of the ongoing journey of the above mentioned Iraqi family. I give thanks for my Catholic Worker family for giving me the time unreservedly free to be with my mother.

Two days ago we celebrated the funeral in France of Jean Vanier, the founder of the L’Arche movement. His was a long life, and a life well-lived.  He was a friend and mentor to countless of us through his life and witness. In his little book From Brokenness to Community he writes, “We realize what an incredible gift God has given us, to bring us together from different lands of pain and loneliness, and to become one people.  We become more conscious that we are responsible for each other…Perhaps it is too late.  Maybe we do not have the inner force to live community.  Perhaps we are all too broken, the inner pain is too great. But somewhere, in the heart of humanity today, there is a cry coming from our own loneliness and the injustices and pain of our world: a cry for community, for belonging, for togetherness and for love.”

It is with Jean’s words I greet you and with heartfelt appreciation that we are on the journey together.