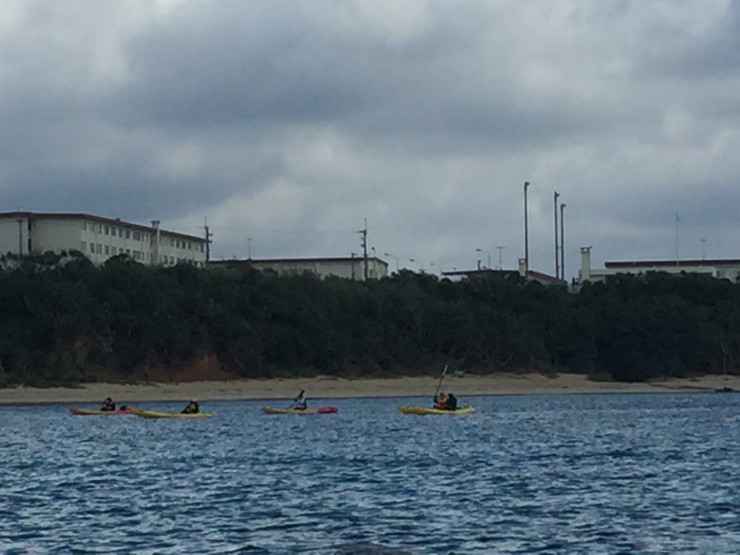 This short article first appeared in the November issue of Gangjeong Village Story.

In the Fall of 2015, I traveled to Okinawa for the first time and to Jeju Island for my second visit. On my return to Chicago, I spent a sleepless jetlag night listening to one of the Democratic debates. In it, I heard Governor Webb rattling sabers time and time again over the specious “threat” of China. Nobody else on the presidential line-up challenged his remarks.
The uptick in rhetoric coming out of Washington has been frightening, and these toxic fumes yielded nothing but an increased military budget in Beijing. It’s so important to support struggles against U.S. bases in Asia!
Jeju activists and Okinawa activists understand the safest way to achieve peace is to extend a hand of friendship first: that is, to demonstrate peace as a “first-strike.” The U.S.-Japan-Korea trifecta must operate in good faith if they expect the same treatment from anyone else.
I am sick today, remembering that huge battleships and thousands of Korean soldiers will soon descend on Gangjeong. The cycle of distrust has brought a situation where all the money is going to the weapons companies instead of to the children’s future. We must refuse to allow it any longer.